Skip to content
Vector Hack is the first international festival devoted to experimental analogue vector graphics which took place in Zagreb, Croatia, and Ljubljana, Slovenia in the beginning of October 2018 . It was conceived and initiated by Ivan Marušić Klif and Derek Holzer with assistance from Chris King. Over twenty artists from EU, USA and Canada were invited to create experimental audio-visual work for oscilloscopes and lasers, share ideas and develop their work together alongside a program of open workshops, talks and performances aimed at allowing young people and a wider audience to learn more about creating their own vector based audio-visual works. One of goals for Vector Hack was to facilitate collaborations between international participants and local artists working in various ways with sound and image. Kikimore were invited to seek new configurations. Review by Derek Holzer: Later on, in the more intimate settings of Osmo/za in Ljubljana, we focused on what we had been calling ‘workgroups’ throughout the festival. These workgroups were envisioned as a way of inviting young, local artists to interface with vector and video synthesis techniques for the first time and explore them towards the goal of an informal performance at the end of the festival. We took the extra step of inviting only women to these groups as a way of counterbalancing what I saw as a serious deficiency in female performers in our festival lineup, and of nurturing them into the larger scene of audiovisual vector artists from which we drew our international participants. Croatians Brkušić, who shared the stage with Nunn in Zagreb, and Vanda Kreutz, who presented an inspired solo improvisation arising from her meeting with the LZX Vidiot synthesizer, were joined in the workgroups by members of the Slovene noise collective Kikimore, which was founded in 2016 in Ljubljana out of an initiative focusing on the activities of women in the area of science, technology, and media art. I had given them a basic demo of the Vector Synthesis patches during a residency in Ljubljana in July 2017, and their enthusiastic response guarenteed that I would remember them when we began considering who we might invite. From their collective, Staša Guček took a masterclass in the art of audio-reactive video mixer feedback from Bers [Jonas], and the trio of Sara Mlakar, Nina Orlić, and Barbara Poček ran the chaotic, noisy signals from their lovingly-handmade electronic sound devices into the laser system of Rasinger [Bernhard], laughing the entire time. 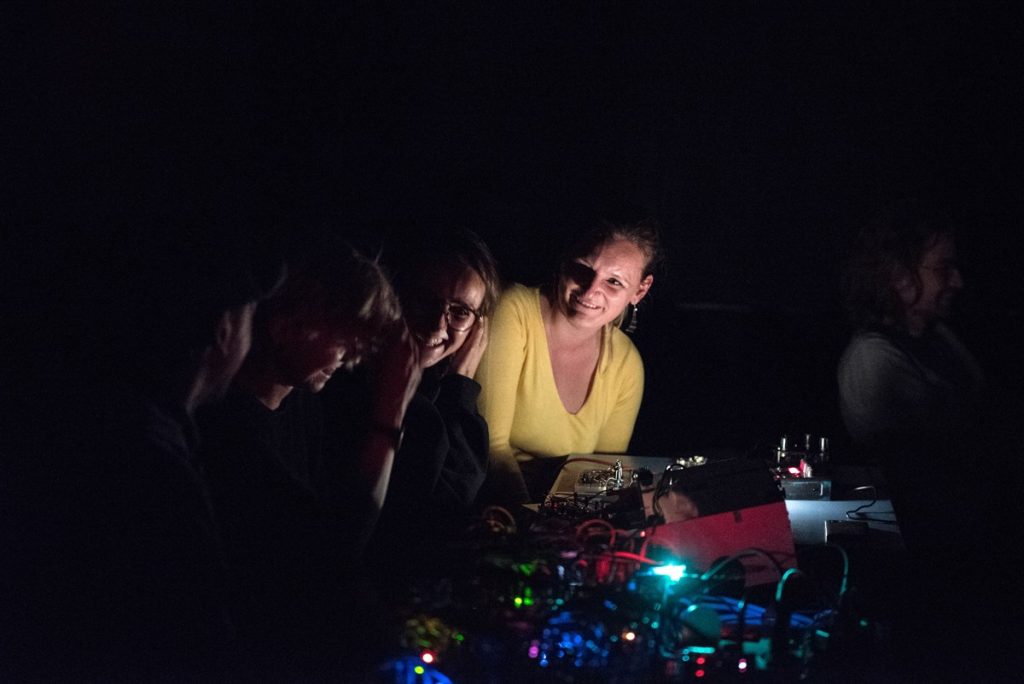 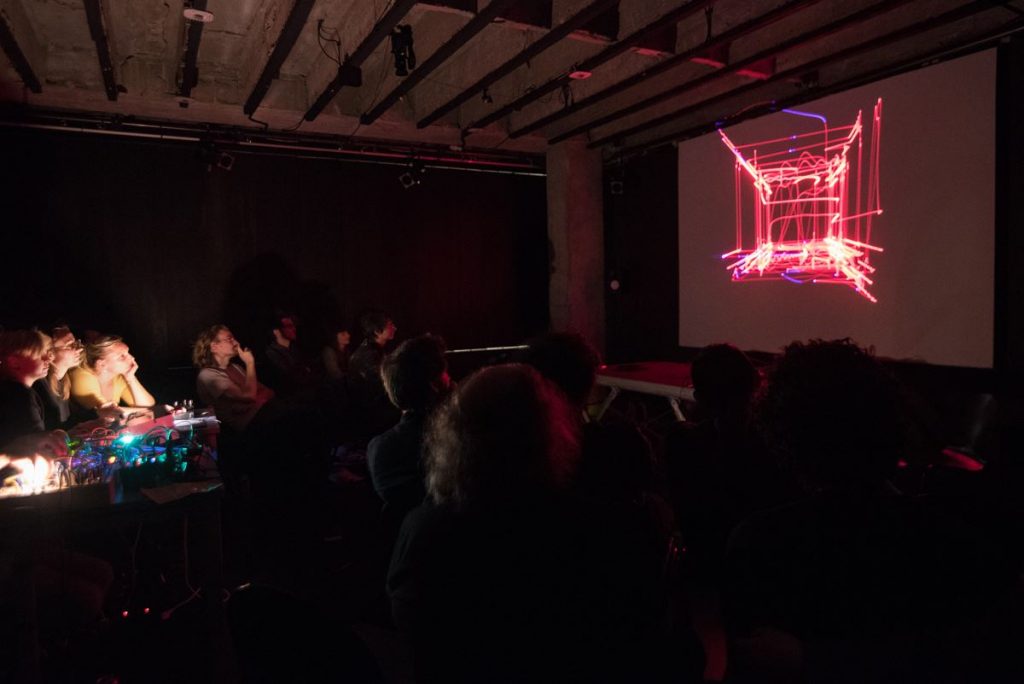 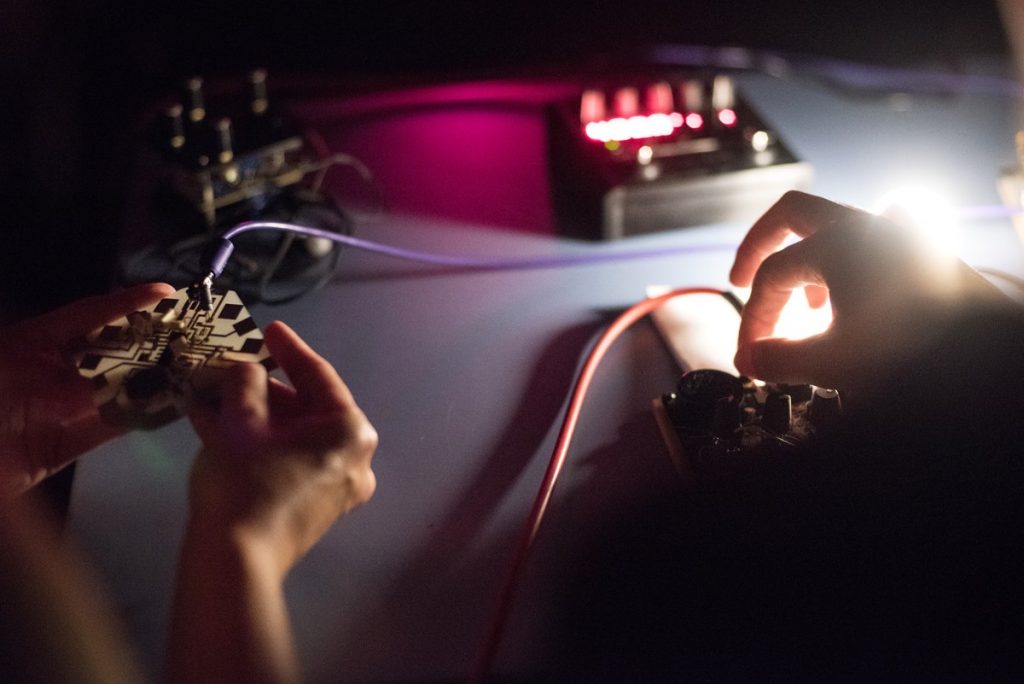 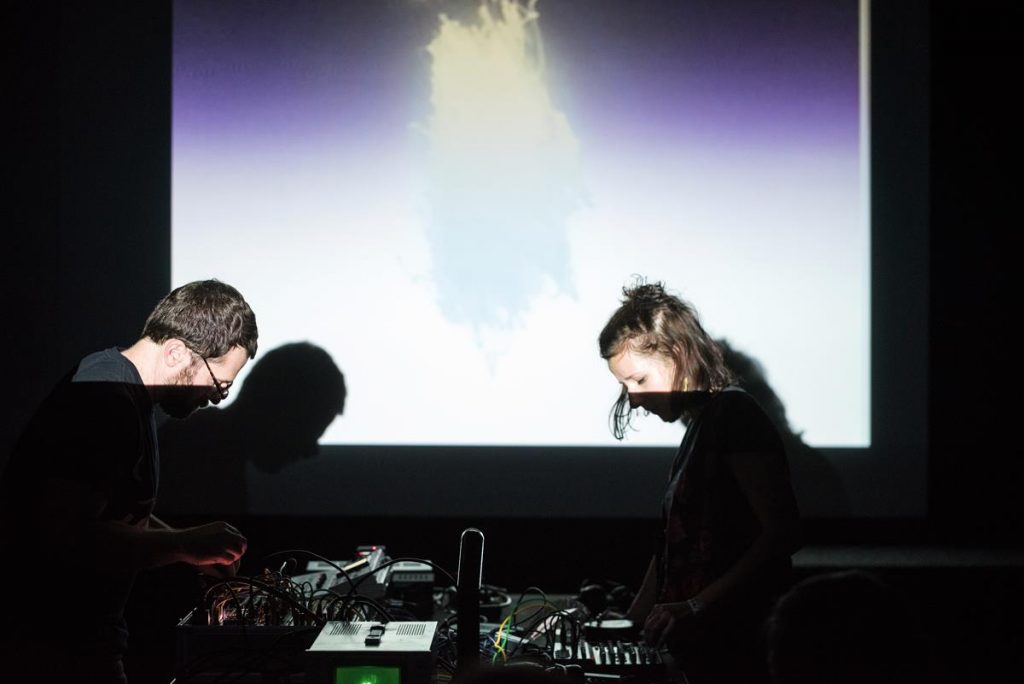 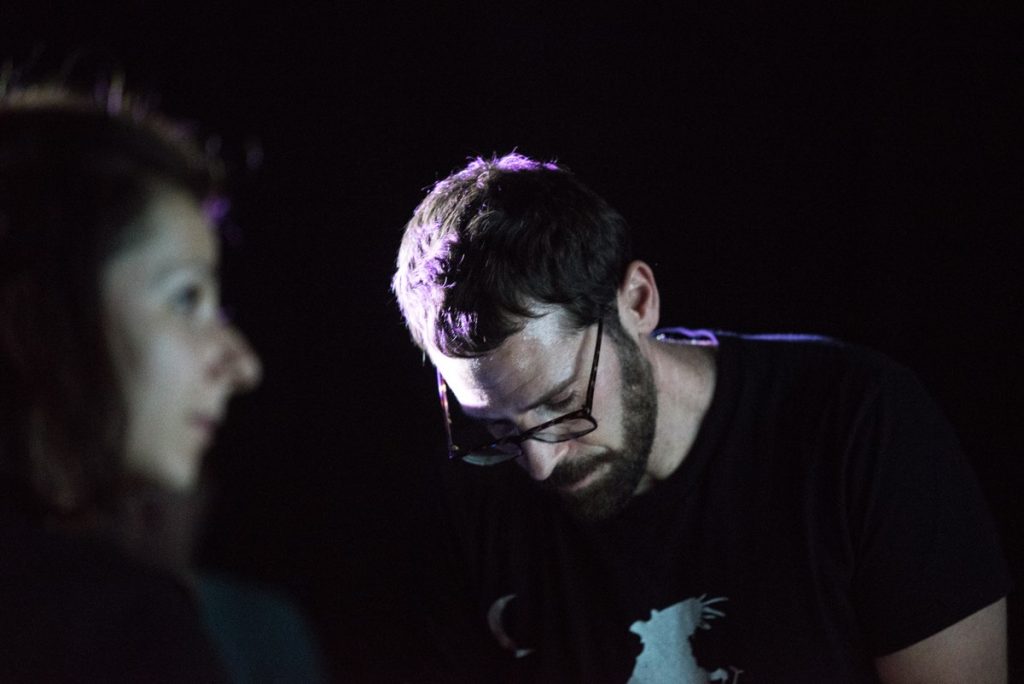 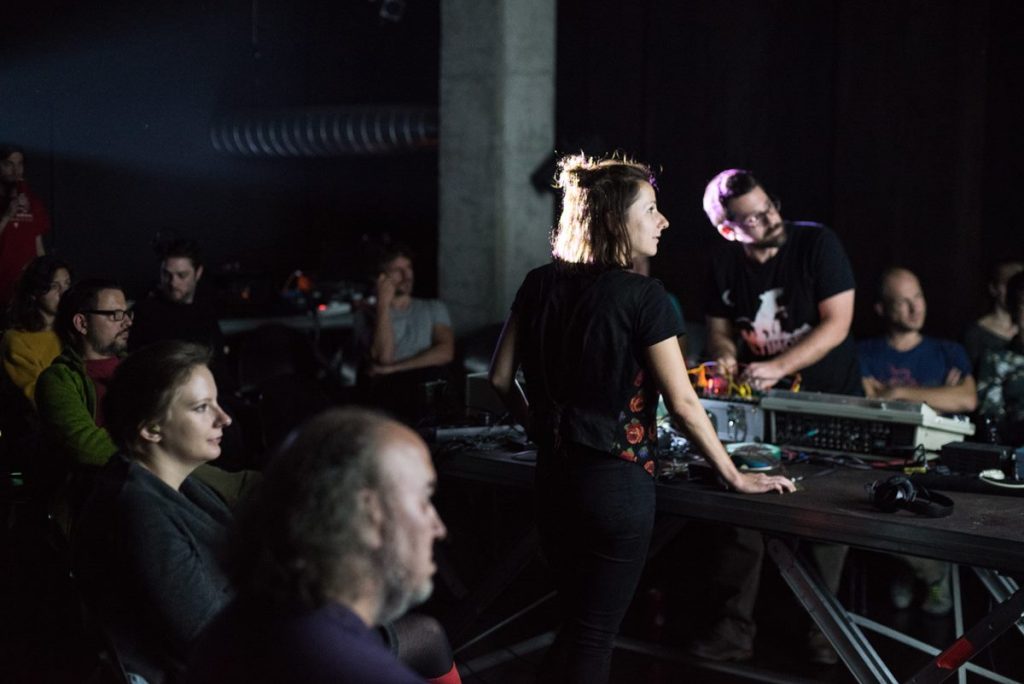