KIKIMORE is a collective of female sound researchers walking the line between noise and ambient electronic improvisation. 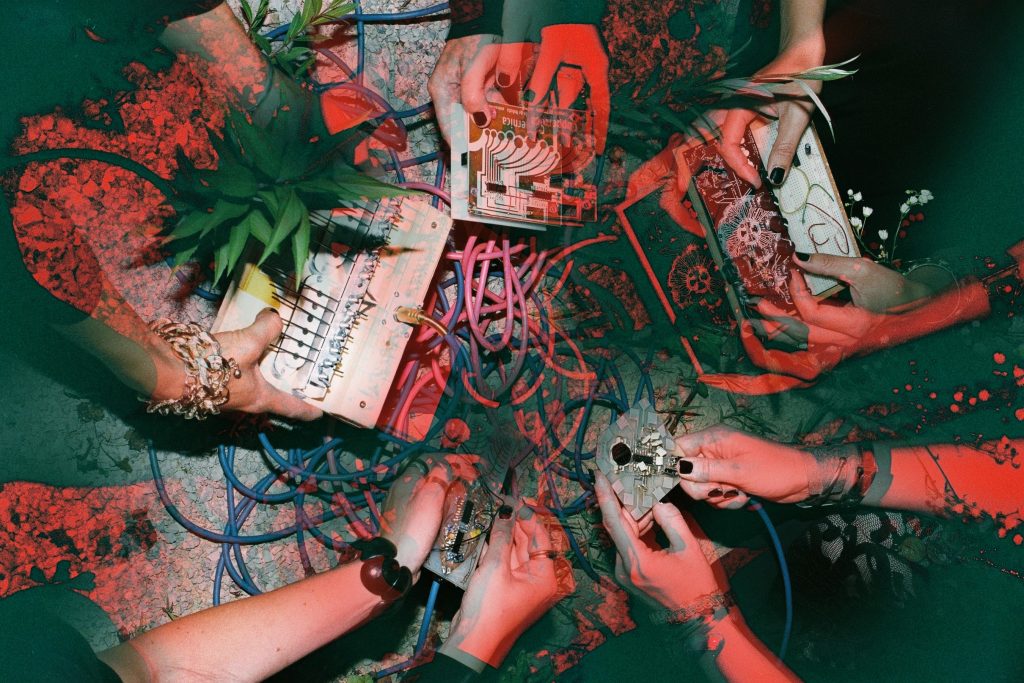 Theme of Festival of Contemporary Electronic Music and Transitory Art – Sonica was Sentinels. Think about guarding and isolation as two faces of the same coin. Sentinel species [like canaries in a coal mine] are how Kurt Vonnegut understood the role of artists, or as the Sentinelese tribe, an isolated tribe that has no contact with civilisation and refuses it.

Sites of Sustainability: Pavilions, Manifestos, and Crypts performance at the opening of the exhibition [Museum of Contemporary Art Metelkova, Ljubljana, Slovenia; 5 November 2018]

The exhibition foregrounds alternative models of artistic production such as they developed in Eastern Europe in socialist times, in particular in the territory of former Yugoslavia. Between the 1950s and the 1990s, artists in Yugoslavia, the Soviet Union, Hungary and Poland devised various alternative models of artistic production, in particular as a performative aspect of their art. Rather than merely critically describing the existing conditions, either directly or indirectly, they used their art to actually shape their conditions of work. Thus sites of sustainability can be understood as a kind of parallel infrastructure, built especially through work in local and international collectives and networks, through exhibitions in self-organized spaces, through self-publishing, through parallel economies, and through self-historicizing. This was art that built and maintained social relations and a critical understanding of the world, which it continues to do to this day.

Sites of sustainability are not characteristic only of art, since art always critically affects also its institutions [as long as they are open to alternative approaches]. One of the main challenges museums face today how to participate with autonomy in global cultural networks, how to find or shape alternative distribution channels for contents, channels that will not only serve the most affluent and powerful global cultural spaces. In this sense, the Berlin exhibition features more than just works from the Arteast 2000+ collection, but also Moderna galerija and its Museum of Contemporary Art Metelkova as an institution with a vision for the globalized world.